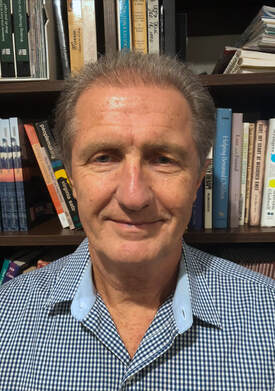 ​Luciano Sabatini is a mental health professional with a PhD in counseling psychology. He has been doing bereavement counseling on Long Island for over 30 years. He is currently the bereavement coordinator for St. Bernard parish where he facilitates support groups for the newly bereaved and for survivors of suicide loss. He also provides private counseling for parishioners, and training for those who wish to become support group facilitators. Since 2011, he has served on the executive board of the American Foundation for Suicide Prevention where he helps develop policies and programs to reduce suicide. In his academic life, Sabatini is an adjunct professor at Hofstra University where he teaches a graduate course on bereavement counseling to students enrolled in mental health and school counseling programs.
His first book, "Bereavement Counseling in the School Setting" was based on the work he did with grieving teenagers in the high schools where he worked as a counselor and later a guidance director. It was written as a guide to help teachers, counselors and other school staff in working work with youngsters who have suffered a death in the family.
His second book, "Luciano: an Immigrant's Journey of Rediscovery" is a memoir on his immigrant experience. He was born in Argentina to Italian immigrants and came to the US when he was four years old. The book describes the difficulty of acclimating to a new culture and how he distanced himself from his Italian roots and changed his name to become more Americanized. His poor ego development lead to a psychological crisis in late adolescence which took many years to resolve. It wasn't until much later in life that he reconnected with his Italian heritage.​
Follow me on Amazon
© 2021 Author Luciano Sabatini. ALL RIGHTS RESERVED    |   Website by Signed Books and Stuff